For the purpose of this explanation, let’s call your “Wi-Fi” an Access Point (AP) and all the devices that connect to it, like your phones and laptops and gaming consoles are called Stations (STA). The way Wi-Fi works is an AP can speak to only one STA at a time, also, an AP can either speak or listen at a time, not both simultaneously. So, assuming one STA is connected to an AP, they can communicate with each other in the most optimum manner. Two or more STAs connected to an AP means that the AP can speak to only one STA at a time effectively “Slowing down” communication, there are other interferers that could cause issues to such as you neighbours using the same channel as you or even devices in your house such as baby monitors, microwave ovens, Alexa and most other IoT (Internet of Things) devices that use the 2.4Ghz frequency.

Our routers and your neighbours use one of the two Wi-Fi frequency bands for signal: 2.4 GHz or 5 GHz. most Routers are dual-band Routers, so you can choose which frequency band to use for your wireless network. The main difference between these two frequency bands is the range and bandwidth that they provide. If you’re looking for more Wi-Fi coverage, you want to be using the 2.4 GHz band; if you’re looking for faster speeds, you want to be using the 5 GHz band, you cannot use both bands on the same device

Should I care Which Channel I’m on

If your Router sits on the same channel as your neighbours then Co-channel interference (CCI) occurs, this is when 2 or more AP’s are using the same channel.  It causes unnecessary contention as all AP’s and clients will be forced to stop transmissions until the air is clear.

To illustrate, think about being at a concert – there’s a band playing really loud, and tons of people, each with their own group of friends. With this much going on, it’s difficult to talk to your friends, and when you start to talk louder, the person next to you has to raise his voice to talk to their group. You’re hearing multiple conversations happening, as well as music from the band, and it seems impossible to communicate. This is exactly what happens to wireless devices trying to communicate in a congested environment. 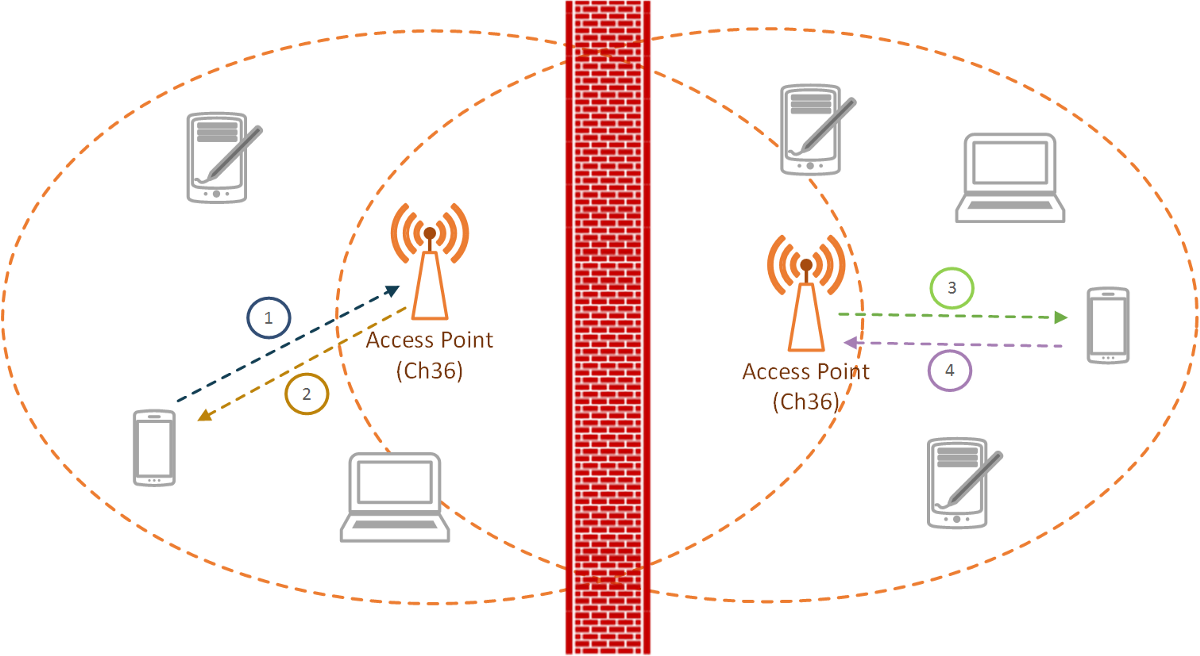 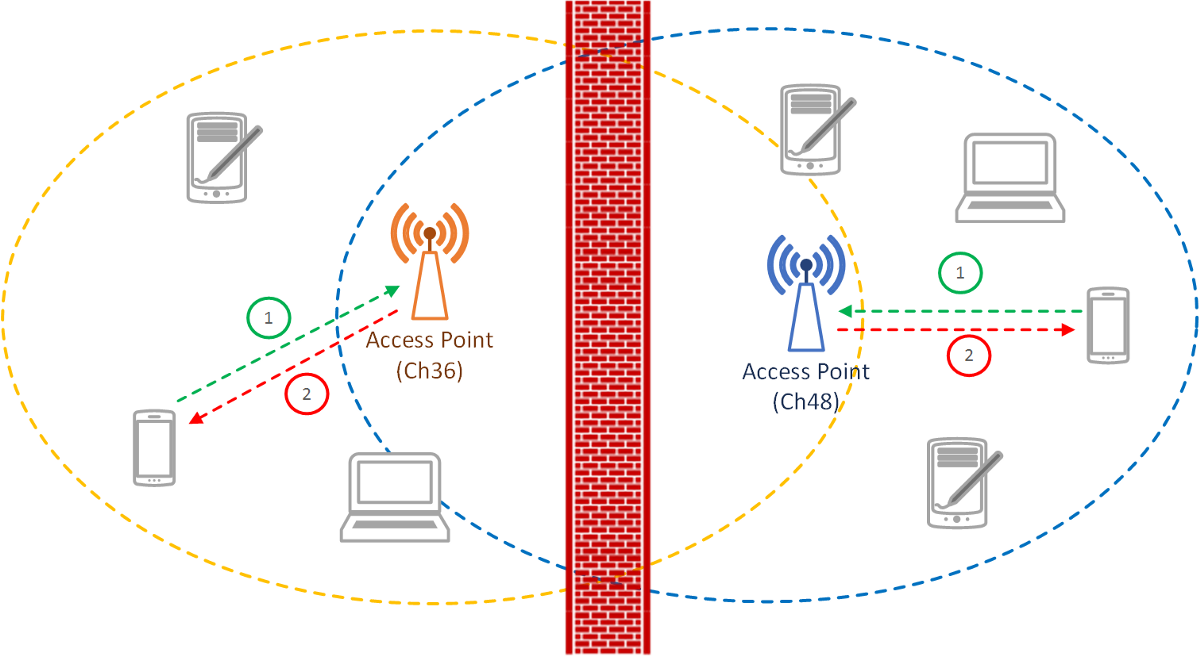 Moving to another Channel

It’s easy enough to move to another channel but you must first understand what channels to use, the 2.4 and 5Ghz frequency bands have multiple channels, but if you select the wrong you will get Adjacent-Channel Interference, you will need to select a non-overlapping to avoid noise from another channel.

Each channel on the 2.4GHz (802.11b/g/n) spectrum is 20 MHz wide. The channel centres are separated by 5 MHz, and the entire spectrum is only 100 MHz wide. This means the 11 channels have to squeeze into the 100 MHz available, and in the end, overlap.

If we look at the above we can see that we have three frequency bands that we can use that do not cross each other, we need to look at the centre of the frequency to find which channels do not overlap.

With the above information, you’ve narrowed your selection down to three-channel choices (1, 6 and 11) without using any software! Unfortunately, this doesn’t mean neighbouring networks aren’t using non-standard channels, we will move on to this shortly

In the 5 GHz (802.11a/n/ac) band, no 20 MHz channels partially overlap. In addition to this, there are 24 non-overlapping channels to work with, so making sure no same-channel cells touch is much easier.